Kang'ata changes tune, says he is not happy with BBI ruling unlike his friends Kenyans from different parts of the country have continued to elicit mixed reactions following the BBI judgement that was released by the Appellate court on Friday, last week.

Kenyans from different parts of the country have continued to elicit mixed reactions following the BBI judgement that was released by the Appellate court on Friday, last week.

The ruling upheld the decision of the high court which dismissed the entire BBI process and termed it unconstitutional, illegal, null and void. The BBI constitutional amendment was said to alter the basic structure of the 2010 Constitution thus making it dangerous in the governing of the country.

Most parliamentarians who subscribe to William Ruto's ideologies were excited with the judgement and went on to congratulate the judiciary for protecting the constitution.

However, Murang'a senator Irungu Kang'ata holds a different thought with that of his colleagues. Speaking during a political interview with one of the local TV station, Kang'ata noted that the judgement did not make him happy but rather made him sympathize with the government. 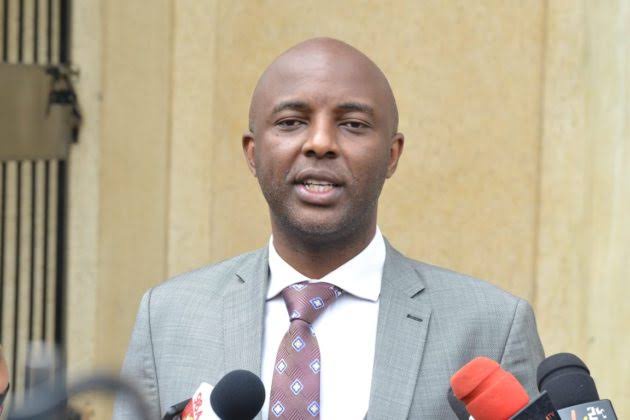 The senator said that he had warned the president of humiliation that was about to befall him and the BBI team but he was ignored and the government went ahead to demote him from the seat of the Majority whip in the Senate.

"When this judgement was released, I didn't celebrate like majority of my friends. I wasn't happy at all. Infact, I sympathized with the president. I wrote to him back in January and warned that this process would face humiliation. I told him that BBI did not emanate from the common citizens but from the political elites. This was what exactly the court said about BBI. The court ruled that BBI was a process being driven by president Uhuru Kenyatta and Raila Odinga," said Kang'ata.

This man wraps his feet in aluminium foil and this is whyRead within 1 minute what more aluminium foil can do for you!Tips and Tricks
by Taboola
Sponsored Links

"When I wrote that letter, I was crucified and I was even removed as the Senate majority whip. If the president would have listened to me he would not have encountered this shame," added the Murang'a senator.

Kang'ata added that he was among the people who formed the Jubilee government and he would therefore not wish the president to face humiliation. He alluded that his happiness would be when the government is associated with success.

Irungu Kang'ata is among the senators from Mt Kenya region who support William Ruto. Reports have it that the senator might vie for the Murang'a gubernatorial seat on a UDA party ticket Kang'ata changes tune, says he is not happy with BBI ruling unlike his friends